Bratislava gives its visitors intrigue and the desire to explore. The castle presides over a pastel-hued old town with the grandiose of the of the concrete jungle looming behind it. Hovering above the forested riverbank of the Danube is a flying saucer, and the city is still green despite the time of modernism. Situated between Small Carpathians on the north, with vineyards in their lowlands, and the located on both sides of the Danube, Bratislava has been the trade capital of Slovakia and a commercial centre. There are two medieval Old town squares which Bratislava is centered around, Hlavne namestie and Hviezdoslavovo namestie. Bratislava preserved the spires and squares from its 18th-century pinnacle, but now socialist-era monuments and some very interesting statues have joined the array of art around the city. A prime example of this is Petrzalka housing estate, the biggest Communist-era concrete block housing complex in Central Europe, which stretches on endlessly just across the river. Thanks to these attributes, Bratislava feels like a frenetic mix of wild and urban, classic and contemporary. This is do to their recent independence in 1993. This is an alluring city with marvellous sights and an astounding nightlife that will entrance and delight your senses with its blended historical and modern features. 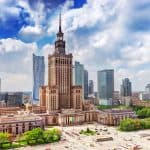 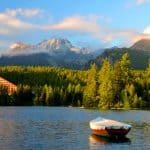 High Tatras
We are using cookies to make your browsing experiencs as smooth as possible and to analyze visits using Google Analytics. You can manage cookie settings in your internet browser.OK