Warsaw is notable among Europe’s capital cities not for its size, its age, or its beauty but for its indestructibility. It is diverse in its architecture with restored Gothic, communist concrete, modern glass and steel. Instead of being centered on an old square as many of Europe’s capitals are based, Warsaw is spread out with a fascinating collection of neighbourhoods and landmarks.Combining elements of both East and West this is a town of complex character and hidden appeal. Before WW2, Warsaw was considered one of the most beautiful cities in the world, and was even called “Paris of the East” before destruction was brought. The city is full of contrast, with historical monuments and modern architecture coinciding throughout. After WW2, historical palaces, buildings and architectural complexes were reconstructed with such passion that it is impossible to distinguish the originals from their original counterparts. Warsaw has many museums that do an excellent job of interpreting its story. From Chopin to the tragedies of the Jewish Ghetto, Warsaw has a lot of information to share. There is much more to Warsaw than just that of its sordid past, with a lively entertainment and astounding restaurant scene, the people of Warsaw are facing the future. This gritty city is a truly one of a kind destination that you are sure to enjoy. 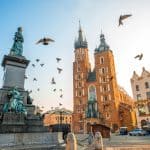 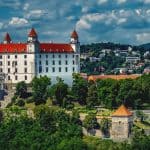 Bratislava
We are using cookies to make your browsing experiencs as smooth as possible and to analyze visits using Google Analytics. You can manage cookie settings in your internet browser.OK